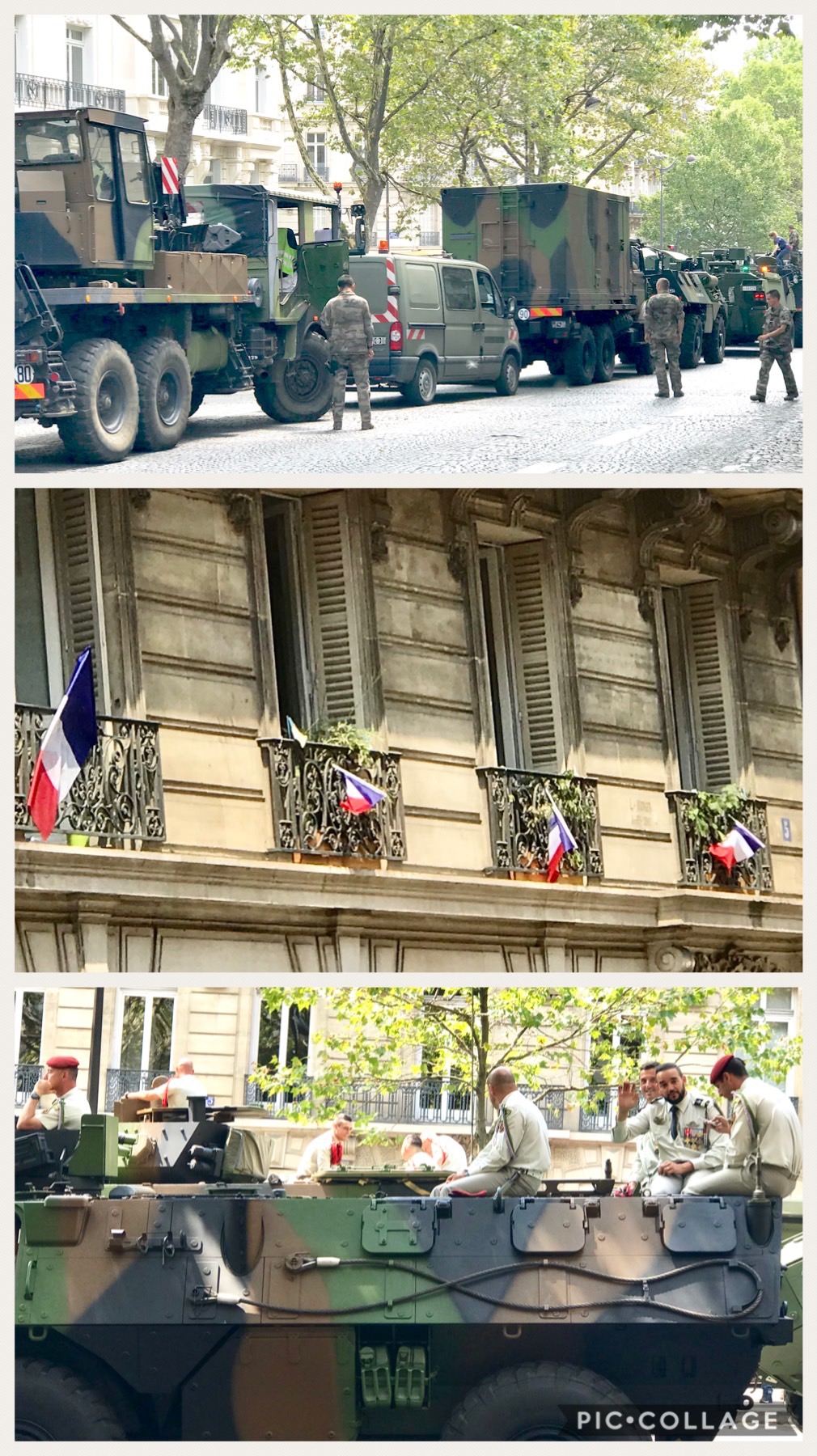 In America we call it “Bastille Day” but on July 14th, here in France, it is called “la Fête nationale” or “The National Celebration.” It is the anniversary of the storming of the Bastille on July 14, 1789… which was a turning point in the French Revolution. The oldest and also the largest military parade in all of Europe is held in Paris on the morning of July 14th along the Champs-Élysées. (We did not go to this because Mummy thought it would be too crowded to take me there, and maybe not safe.)  Sooo… back to the revolution. The original reason for storming the Bastille was NOT to rescue political prisoners as many people think, although they did rescue the few “unimportant” prisoners who were being held there… the reason was to get ammunition/ gunpowder, in anticipation for the suspected battle against the people of Paris by the royal army. Several hundred people were killed in the battle.  On August 4, 1789 feudalism was abolished and on August 26, 1789 the “Declaration of the Rights of Man and of the Citizen” was proclaimed.  A year later, on July 14,1790 a celebration was held to symbolise peace, and the unity of France. WHEW! The whole thing is a LOT MORE COMPLICATED than this and you can read books and books on the whole fiasco but this is #BastilleDay  in a nutshell.

In Sarzeau, Bretagne were having.a huge fete and fireworks on the beach tonight. The Eiffel Tower should be especially beautiful tonight all decked out in red, white and blue lights.

And you know where the key is hung?
Mount Vernon, George Washington’s home.
Lafayette gave it to him, as a gift…
Great story.
Mommy shares this history with me so I will understand how all this played together…

Millie if you had been my History teacher in school I would have had better grades.

I lived near Mt Vernon and did not know that!

Millie and Mummy I love when you travel and share the history and origin of things, etc. I learn new things from your posts of things that I never would have known unless I read it from you! ??

so interesting I absolutely love when you travel and take us along! I can’t blame you for not going to the parades I wouldn’t have either and besides you can see so much out of your apartment window!