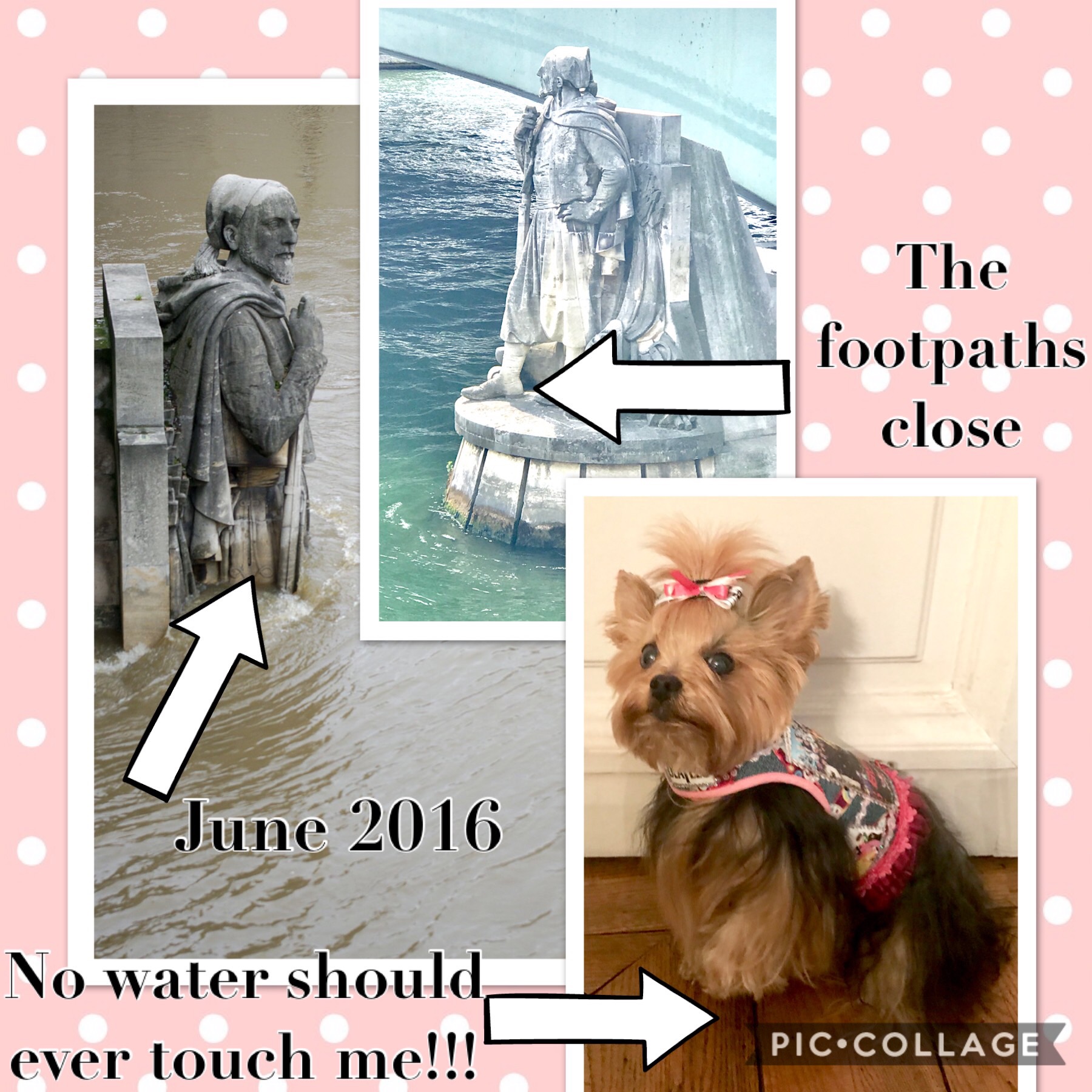 Mummy and I went to see the Pont de l’Alma that crosses the Seine River in Paris, France. At the base of one of the stone pillars is a statue called “The Zouave.” Way back in the day, the people of Paris would use this statue as a measuring device to determine water levels in times of flooding on the Seine River!!! When the water would reach the level of his FOOT, the footpaths by the river were closed and when it reached the level of his THIGHS, the river was unnavigable. In 1910, the river actually reached the level of his shoulders… OH MY!!! All I can tell you is that I don’t like water to touch ANY PART OF ME!!! So I feel sorry for poor Zouave!

Ohh Millie!! you are like Moka!! she will go around or stop if water is in her path of walking!! and look at me to pick her up! LOL Maybe is a Princess Style!! Both of you! Kissessss

oh well my kids are with you there….. if it rains they won’t step off my porch to potty! smh

Millie you can’t get wet because it will mess up your perfectness! We wouldn’t want that to happen!! My Yankee will go out in the rain and it doesn’t bother him when he gets wet. But if you put him in the tub for a bath he freaks! lol. ??

Of course you should not get those DIVA PAWS wet, or any other part of you. ~Lola

Good heavens would sure don’t want our little princess to be a soggy doggy. ❤❤❤

Well that works well! So Glad you’re having so much fun!